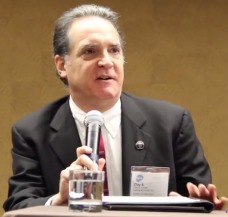 "Today judges tell jurors to commit injustice in the name of the law, and we call that progress" –Clay Conrad

Clay Conrad is the writer of Jury Nullification: Evolution of a Doctrine, the leading academic work on jury nullification. At a recent conference hosted by the International Drug Policy Reform, Clay was described as a "jury nullification heavyweight." The panel discussion in which Clay spoke focused on how strategic jury nullification can be used to dismantle the War on Drugs.

What is Jury Nullification?

Jury nullification is the act of a criminal trial jury in refusing to convict on conscientious grounds in spite of proof of guilt beyond a reasonable doubt, because they think the law is unjust, the law is misapplied, or the punishment is inappropriate.

Juries have always had [a political] role. That’s what the founders intended to protect in the 6th Amendment, and that’s what’s guaranteed in the constitutions of all 50 states.  The understanding of the phrase ‘judges of both fact and law’ has changed over the years because our understanding of where the law comes from has changed. Back in that period of history, people believed in natural law doctrine. That was the generally accepted view of where the law comes from. Law was considered part of natural science to be discovered. 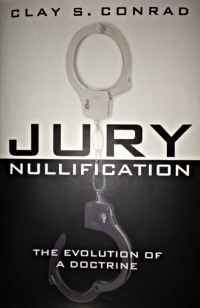 [Edward] Bushell’s case did not deal with jury nullification. That’s a common misunderstanding. What Bushell’s case dealt with was that a juror could not be punished for their verdict because the judge could not determine how the jurors decided the facts.

The Zenger case was the foundation of both our understanding of where a jury comes from and our understanding of freedom of the press. This is the history the founders knew. This was the background they had in mind when they wrote the 6th Amendment. They understood the powers of the jury as having the authority to acquit in the teeth of law and facts when the law was wrong.  [The Zenger jurors] were told by [Alexander] Hamilton, "Where a jury does not question the law they become useless if not worse".

The Supreme Court in 1895 determined a murder case, Sparf vs. US, in which they determined that a court did not have to allow jury nullification to be argued in front of the jury. They didn’t say that a court couldn’t allow it; they just said they didn’t have to. 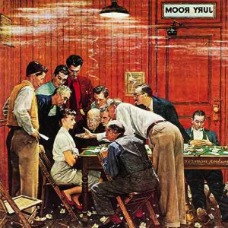 During the Prohibition era nearly 60% of cases ended in acquittals.  That challenge for us a lawyers, and those of you who are lawyers, is to get jurors to act on this [jury nullification] prerogative.

Most people are sickeningly obedient to authority. If you’re not familiar with the Stanley Milgram experiment, let’s talk about that later. But people do what they’re told. As lawyers we have to free them from that obedience to authority.

As activists we must educate potential jurors, because they’re not going to learn about this prerogative in court. They have to know it before they come into court if we are going to have any hope of them acting upon it. As citizens we simply need to show up for jury duty. We need to keep our mouths shut during jury selection as much as possible. Not lie but not volunteer anything. And if we just show up we’ll have an outside impact on future cases, because the world is run by those who show up.

We Have a Stellar Record of Success!